The only surviving member of a German neo-Nazi cell behind a shocking series of racist murders was sentenced Wednesday to life in prison, capping one of the longest and politically charged trials of the post-war period.

Beate Zschaepe, 43, was found guilty of 10 counts of murder in deadly shootings of nine Turkish and Greek-born immigrants as well as of a German policewoman.

The murders were carried out by a trio known as the National Socialist Underground (NSU).

Beate Zschaepe, 43, will spend the rest of her life in jail after being found guilty of 10 counts of murder for the fatal shootings of nine Greek and Turkish immigrants and a policewoman 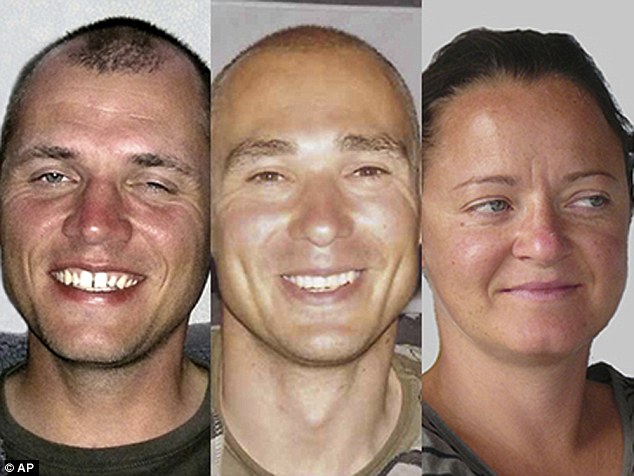 Zschaepe (right) carried out the killings alongside lovers Uwe Boehnhardt (left) and Uwe Mundlos (centre), who killed themselves in an apparent suicide pact in 2011

Although life imprisonment in Germany typically means 15 years behind bars because prisoners are often released for good conduct, Zschaepe would not be eligible for parole as judge Manfred Goetzl imposed the maximum sentence due to the ‘exceptional severity of the crime’.

‘We not only stand up to racist violence with the strength of the law.

‘Intolerance and hate must be met with the diversity of our open societies,’ he wrote on Twitter, adding that ‘the victims remain unforgotten’.

Police say the other two members of the NSU – Zschaepe’s former lovers Uwe Mundlos and Uwe Boehnhardt – carried out their killing spree from 2000 to 2007, before they died in an apparent suicide pact following a bungled bank heist in 2011.

‘The accused Zschaepe took on the far-right views of her environment,’ said the judge, adding that she formed a firm bond with racist friends. 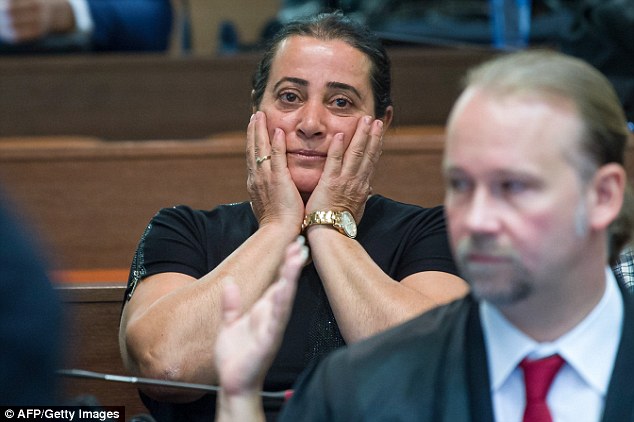 Elif Kubasik, the wife of shooting victim Mehmet Kubasik, becomes emotional in court ahead of the verdict against Zschaepe 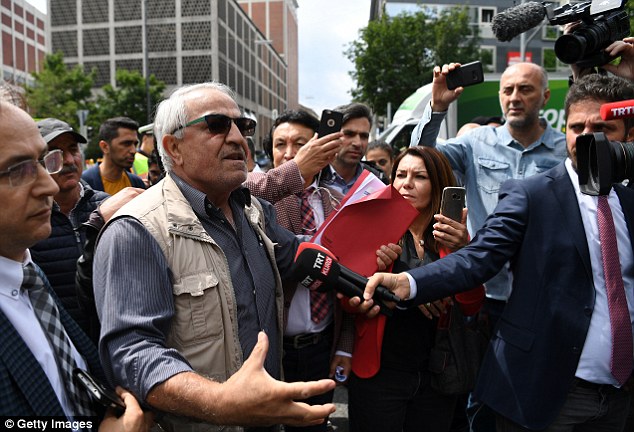 Members of the Turkish community protest outside court after Zschaepe was sentenced. For years police told families that their relatives were the victims of gang violence before it emerged they were killed by neo-Nazis

Among them were four men also convicted Wednesday for sympathizing with the NSU or supplying the murder weapon, cash, identity papers and logistical aid during their years in hiding.

Ralf Wohlleben, a former member of the far-right NPD party, was found guilty of complicity in nine counts of murder and sentenced to 10 years in prison.

Carsten Schulze was also convicted of complicity but got three years under the juvenile penal code. Holger Gerlach received three years for backing a terrorist organisation.

Unrepentant neo-Nazi Andre Eminger was found not guilty of complicity but sentenced to two and a half years for backing a terrorist organisation, a verdict that was greeted with applause from neo-Nazi supporters in the courtroom.

It was Zschaepe who revealed, after the two Uwes died, the scope of the NSU’s bloody crimes to a shocked German public, by releasing a macabre confession video set to a Pink Panther cartoon theme.

It was only then that Germany learned that the series of killings, long blamed by police on immigrant crime gangs, had in fact been committed by organised fascists from the country’s formerly communist east.

The case deeply shocked a nation that has struggled to atone for its dark Nazi past.

Zschaepe has insisted she learned of the murders after they were committed. She admitted only to helping plot some of the NSU’s 15 bank robberies and setting fire to their shared home after the two men died.

The woman who grew up in the extremist skinhead subculture of post-reunification East Germany, also told the court that its racist ideology has ‘no meaning for me anymore’.

The Munich court case that opened in May 2013 ended after hearing some 800 witnesses and experts, with 93 bereaved relatives as co-plaintiffs. 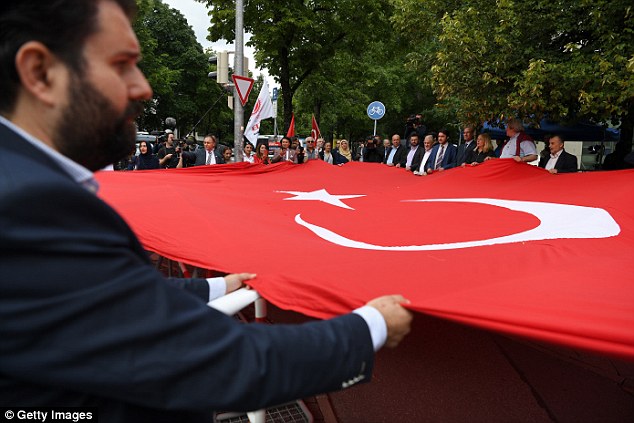 It was Germany’s biggest trial since the 1960s Auschwitz hearings against perpetrators of the Holocaust, and the 1970s proceedings against the left-wing extremist Baader-Meinhof gang.

In 2012, Chancellor Angela Merkel pledged that Germany would ‘do everything we can to clear up the murders and uncover the accomplices and backers and bring all perpetrators to justice’.

The same year, then head of Germany’s BfV domestic intelligence agency, Heinz Fromm, was forced to resign when it emerged his service had shredded files related to the NSU suspects.

Several official committees sought to understand how the killers went undetected for so long.

The chairman of the last parliamentary inquest, Uli Groetsch, said it was clear that the three were ‘supported by a broad network of neo-Nazis’.

And victims’ relatives believe that many militant Nazis remain in hiding.

‘I’m 100 percent sure that there are still accomplices out there,’ said Abdulkerim Simsek, the son of the first NSU murder victim, Enver Simsek.

Gokay Sofuoglu, chairman of the Turkish community association, also told news agency DPA that their ‘trust in public institutions has been deeply shaken’ and can only be restored if ‘other proceedings were held in relation to the NSU case’.